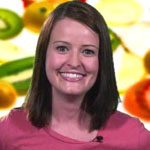 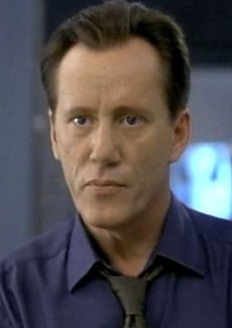 One of Hollywood's outstanding actors, James Woods also known as Jimmy, was born in Vernal, Utah on April 18th, 1947 to Gail Peyton Woods, an army intelligence officer and Martha A. Woods was extremely good at his studies which earned him a scholarship to the famed Massachusetts Institute of Technology but he quit during his sophomore year to try his luck in television and movies. Tim Affleck, father of actor Ben Affleck, is said to have a profound influence on Woods' interest for acting as he was the stage manager at the Theater Company of Boston.

Wood's career started off with a series of theatre productions and in 1971, landed his first film role in 'All the Way Home'. This was soon followed up by small supporting roles in 'The Choirboys' and 'The Way We Were'. In 1979, Woods landed the role of a cop killer in 'The Onion Field'; it was his cold blooded and compelling performance in this movie that set the stage for his illustrious Hollywood career.

Woods had certain on-screen power that translated into his performances and cold, intense roles bought out the best in him. His acting prowess was once again displayed when he played the role of a sleazy and unstable TV-station owner in 'Videodrome', a prophetic and mind-numbing thriller. His acting skills were rewarded justly in 1986 when he was nominated for the best actor Academy award for his performance in the unsettling 'Salvador.' 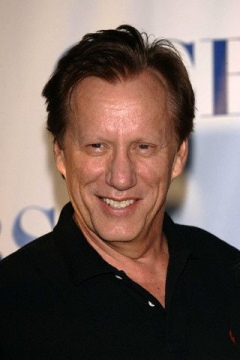 Extremely versatile and talented, Woods continues to amaze cinema lovers with his intense and memorable acting skills. 1990s was a great time for this actor who continued to exhibit his talent through unforgettable roles like Roy Cohn in 'Citizen Cohn' and as the sneaky hustler Lester Diamond in the movie 'Casino' where he stars opposite Sharon Stone. Some of his other notable performances were as the serial killer Carl Panzram in 'Killer: A Journal of Murder', as a civil rights assassin in 'Ghosts of Mississippi and the famous H. R. Haldeman in Nixon.

Though James Woods has earned more recognition with his intense and hostile character assays, he continues to experiment and push his boundaries by providing voiceovers for several animated movies like Stuart Little 2, Hercules and Hooves of Fire. One of his recent and memorable roles was in the critically acclaimed The Virgin Suicides and also the spoof Scary Movie 2. Woods is one of the most versatile actors of Hollywood today who can boast of a diverse range of roles though most of them have been eccentric, dark and intense roles.

His lean and rugged handsomeness along with the intense eyes and untrustworthy grin along with his compelling and gripping performances continues to impress the audience even today. To date, Woods has received three Emmy awards and two Academy nominations while audiences believe his best is yet to come. On the personal front, Woods admits that he is a video gaming freak and also an active dealer of antiques. According to James Wood bio, poker is another of his passions and plays on the World Poker Tour for charity.