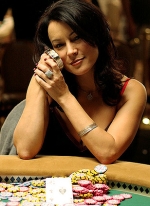 Jennifer Tilly has quite a big fan base considering that she has spent more than two decades in show business. This Canadian- American actress has been quite a regular fixture on the small and the big screen ever since she debuted in the year 1983. She has also provided her voice to many animated films and series. Interestingly, she is also a professional poker player and has quite a bit of success in this field.

Jennifer Tilly was born Jennifer Elizabeth Chan on September 16, 1958, in Harbor City, California to Harry and Patricia Chan. Her father was Chinese American and her mother was Canadian, of mixed ancestry. Her parents divorced when she was very little and her mother then moved with Jennifer and her siblings to British Columbia, Canada. Jennifer moved again when she was 16, this time to Victoria, when her mother got divorced again. At the age of 17, she made a move to Missouri, where she studied theatre from St. Stephen's College. She was a really good student who worked hard writing in order to earn money to pay for her tuitions.

Jennifer Tilly started off her television career as an extra on Days of Our Lives. However, she landed a recurring role in 1984 as Gina Srignoli, a mobster's widow, on Hill Street Blues. She had another recurring role on television in It's Gary Shandling's Show. There were also many guest appearances, most noticeably on Remington Steele, Cheers and Frasier. She also acted as a classy prostitute in a comedy called Key West that was unfortunately not a huge hit. 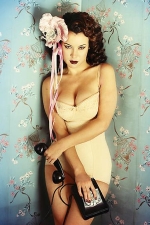 She also got a few small roles on film such as Moving Violations, Inside Out, Remote Control, He's My Girl, Let it Ride, Johnny Be Good, High Spirits and Rented Lips. Her role as a waitress with singing skills, Blanche "Monica" Moran, in The Fabulous Baker Boys was widely appreciated, which was not surprising since it had been especially written for her by Steve Kloves.

Jennifer Tilly got the attention she so deserved when she played the part of a really bad actress for Woody Allen in his 1994 movie Bullets over Broadway. She was nominated for an Oscar for Best Supporting Actress for this role. She became even better known as a result of acting opposite Jim Carrey in Liar Liar. She also built an immense fan following thanks to her role in Bound where she plays a lesbian opposite Gina Gershon. She is a popular voice over artist and has voiced characters in Family Guy, Monsters, Inc., Stuart Little and Home on the Range. Her roles in The Bride of Chucky and the Seed of Chucky have also been appreciated.

She took a bit of a break from her acting career in order to pursue poker as a profession and met with quite a bit of success. However, she now terms it a hobby and not her career. She is back to acting and has recently acted in a Chinese film, Empire of Silver.